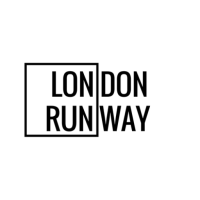 “I knew I wanted Zuhair Murad to make my dress from the moment I walked in his first couture show,” says Jasmine. “I sent him my inspiration, and he drew up the most beautiful, timeless, and classy dress that I have ever seen.”

Jasmine Tookes and Juan David Borrero met through their jobs in 2016. Juan works at Snapchat as a director of international markets, and the social media app was getting ready to launch a new feature called Group Stories. The company wanted to hire Jasmine and her friends to promote it. “We all happened to be in L.A. for a fashion show, so I went to lunch with Juan and a couple other Snapchat employees,” Jasmine remembers. “Following that lunch, Juan invited me to a birthday party that same night. There was a natural attraction to each other. We kept in touch since that night, and the rest is history.”

Once they began dating, Jasmine and Juan started taking a trip every year to celebrate their anniversary. Last year Juan used this upcoming trip as a Trojan horse of sorts and surprised Jasmine with a proposal. “On the morning of September 21, 2020, he told me to pack my bags because we were going somewhere,” recalls Jasmine. “Our first stop was a restaurant called Rose Café, where we met.”

From there, they got back in the car, and Juan blindfolded Jasmine until they pulled up to the airport. Forty minutes later, they landed in Utah and were transferred via helicopter to Amangiri. “Before going to the hotel, we landed in between rocks in the middle of nowhere and sat and had Champagne and a charcuterie board,” says Jasmine. “A photographer hired to capture the moment disguised herself as a hotel staff member, and she told us to check out the lookout point after we were finished with our Champagne. Once we walked up there, I looked down on the ground, and [written there was], ‘Will you marry me?’ I was in complete shock. It was the sweetest, most thoughtful proposal that I could have ever imagined.”